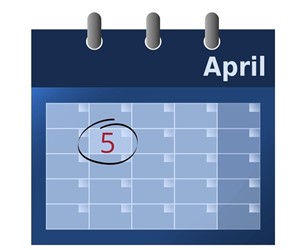 CDCB announces updates to the genetic evaluation system, effective with the April 5, 2022, triannual evaluations. Five enhancements are detailed on the CDCB website.

Immediate impact: A greater number of records will be used to compute evaluations for relevant traits, such as yield, cow fertility and health. Milk yield is expected to be impacted more than other traits. Standard deviations  and reliabilities for milk, fat and protein traits will increase slightly due to additional records. Little change in Predicted Transmitting Abilities (PTAs) is expected, with extremely high correlations of the new PTAs versus previous.

2. Type composite update on non-Holstein breeds
Change: Definitions for Body Weight Composite (BWC), Udder Composite (UDC) and Feet and Legs Composite (FLC) were updated in the CDCB system to match those of breed associations, per the table at www.uscdcb.com.

Impact: The change in weighting of traits within the composites will affect the Net Merit $ (NM$) ranking of animals, as the three type composites have a combined 13.2% relative weighting on NM$. Jerseys will be most impacted, because the standard deviation of BWC increased to be more consistent with the emphasis already present in the Jersey Performance Index (JPI). Average NM$ impact for Jersey A.I. bulls ranged from -10$ to -25$ on proven and young genomic bulls, respectively (per test run based on the December 2021 evaluation, including all changes implemented in April 2022). A larger reduction in NM$ was observed in the crossbred Jersey population.

4. International evaluation processing change in policy for HCR and CCR
Change: For animals with foreign evaluations, domestic PTAs for HCR and CCR (when available) will replace the parent averages previously used if animals’ foreign evaluations were below a 15% reliability threshold. This threshold had been implemented in 2012 to reduce instability in predictions caused by low MACE correlations with some countries.

Impact: In CDCB’s test run, only a small fraction of the population was directly affected. Since the reference population is affected, there is some impact on the overall evaluation, both as an average and as single-animal variation. The change was applied to all breeds. Brown Swiss will see the largest impact because of more foreign than domestic bulls.

5. International evaluations processing change in policy for DPR
Change: In international evaluations for Daughter Pregnancy Rate (DPR), a determination is made to use direct traits or indirect traits for foreign animals. Now, this decision is streamlined to consider only two trait reliabilities, where the previous method compared reliabilities of several fertility traits.

Immediate impact: CDCB’s test run shows the direct DPR trait is now used for many more foreign animals, which was the desired outcome. Most of the animals affected are old-to-very old animals, with Ayrshire being the breed most impacted.