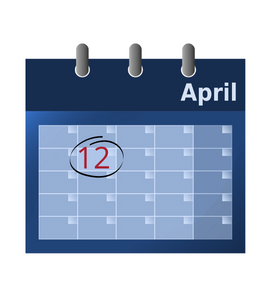 Why were the April evaluations reissued?
April evaluations were affected because data from the December 2021 genetic evaluations for conformation traits on females were mistakenly loaded onto the Holstein Association USA (HAUSA) database and sent to the Council on Dairy Cattle Breeding (CDCB).

Which animals experienced the most change in the April 12 reissue?
This error significantly affected the Predicted Transmitting Abilities (PTAs) of recently-classified cows, the genomic evaluations of bulls adding a large number of newly-classified daughters, and their descendants.

Will both cow and bull evaluations be updated in the new re-release?
Yes, all Holstein cows and bulls will receive a new genomic evaluation in the new release. However, since the cow pipeline involves far more animals, it would take too long to be re-issued. CDCB queries will still display the original April 5 values until the August evaluation. Considering that the average change for proven bulls is about 2.5 Net Merit $, the misalignment for most affected cows is expected to be relatively small.

Were non-Holstein breeds affected?
No, only data for the Holstein breed are affected. Non-Holstein animal owners, producers and breed associations can advance with confidence in use of the April 5 evaluations.

Was there impact to the weekly evaluations released on April 12?
On a weekly basis, CDCB provides preliminary genomic evaluations for newly genotyped animals, or those with conflicts that were corrected. The April 12 weekly evaluations are not impacted at all, since the newly-corrected Holstein data were used.

When will all sites be updated?
The queries at www.uscdcb.com and CDCB bull reports are updated, as well as all genetic information on the Holstein Association USA web site and Official Holstein Pedigrees. Data at www.naab-css.org such as dairy cross reference and active, foreign and genomic status lists will be available on Thursday, April 14, at approximately noon CDT.

What was the process to verify accuracy of the update?
There was a multi-layer approach to verify the updated evaluations. First, both the CDCB operations and USDA AGIL teams evaluated the new results using all routine tools plus methods used specifically to identify the cause of the misalignment. Second, we communicated directly with HAUSA to verify the change was in line with the newly issued traditional evaluation files. Finally, we involved our independent industry reviewers, the Dairy Evaluation Review Team, who evaluated the new genomic evaluation on all Holstein proven bulls. All parties agreed the new results were in line with expectations

Our apologies for the extra work and inconvenience created through this new release.