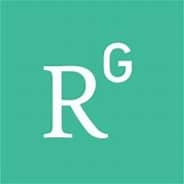 Rodrigo Mota joined CDCB as an Applied Geneticist in September 2020. He is a Brazilian Animal Scientist who graduated in 2009 from UFES. In 2012 he obtained his Master’s degree in Animal Science from UFV working with random regression models and embryo transfer in Simmental cattle. He obtained his PhD in Animal breeding and genetics in 2015 from UFV by investigating GxE applied to tick resistance in Hereford/Braford cattle. He worked as a postdoc at UFV in a project applied to reproductive traits in Nellore cattle. In 2016, he  started as Research Assistant at Gembloux Agro-Bio Tech – University of Liège, Belgium, where he led the genomic evaluation of Holsteins and development of a joint genomic evaluation of Holstein and Belgian Blue purebreds and crossbreds for calving traits.

Journal of Animal Breeding and Genetics, 2017