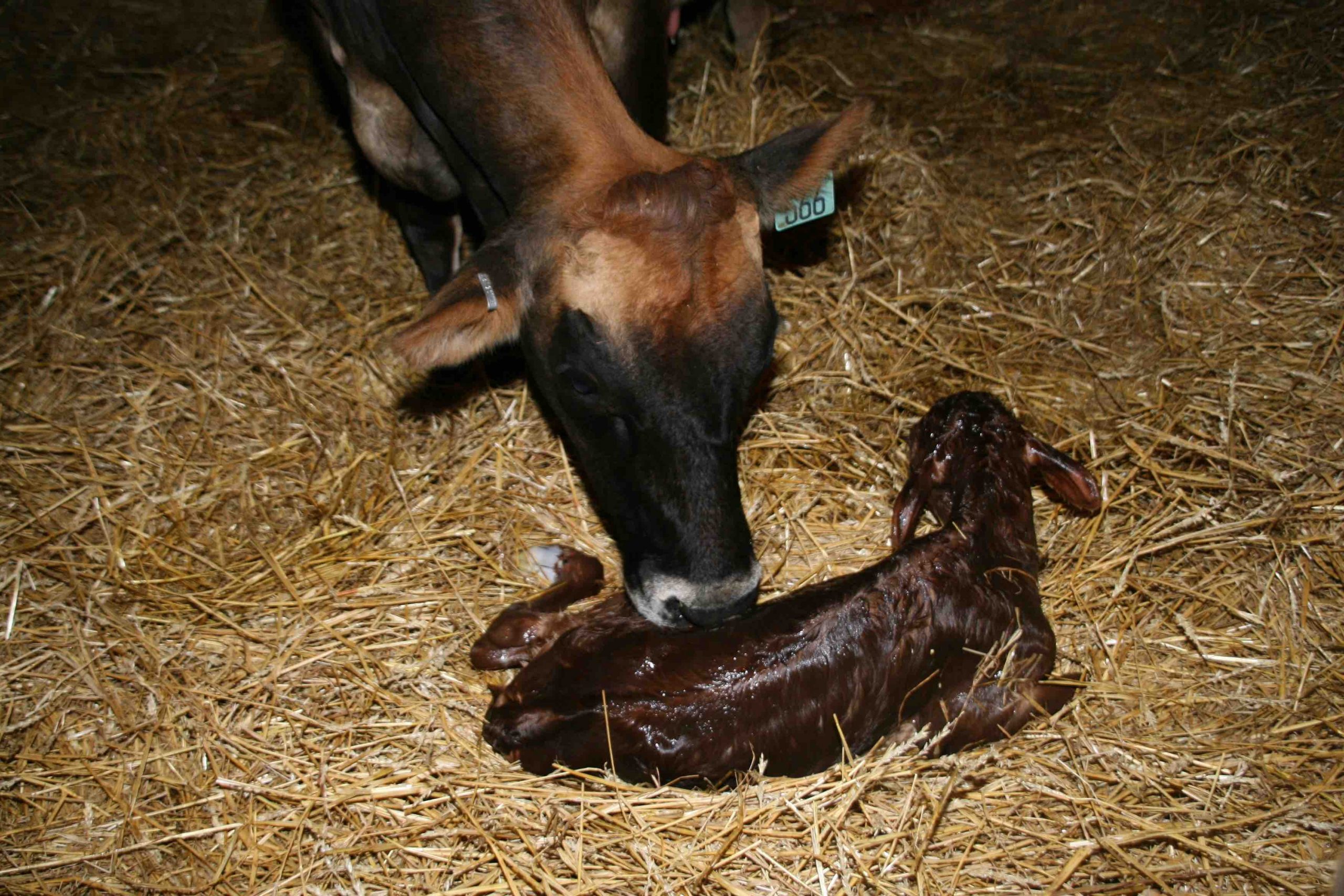 Determining the effectiveness of genetic evaluations for stillbirth in additional U.S. dairy breeds was the research focus for CDCB intern, Anil Sigdel2, in summer 2021.

Holsteins have had access to evaluations for stillbirth since 2006. The primary objective of Anil’s study was to characterize stillbirth data and determine the feasibility of implementing routine genetic evaluations for the trait in five more breeds. Based on the quantity of stillbirth data already accumulated, Anil concluded that routine genetic evaluations would be feasible for Brown Swiss and Jerseys. Still more data would be necessary before initiating the same for Ayrshire, Guernsey, and Milking Shorthorn.

Because of the growth in available stillbirth data for Brown Swiss and Jerseys in recent years, the (prospective) accuracy of Predicted Transmitting Abilities is now substantially favorable. However, saying there is enough data to make it worthwhile does not indicate the accuracy of evaluations on individual animals would be as high as it could be; that will happen only when producers add new data routinely.

The Rationale
What is the positive outcome of reducing the number of stillbirths? Beyond the obvious (putting a dent in the calf inventory), a stillbirth often impacts the mother’s health and performance following delivery and reduces milk output.

The good news is ‘Genetic selection has a proven record as a strategy to improve calving traits in the industry.’ Let us look at what the Holstein breed achieved for Calving Ease and Stillbirth over the last 20 years. The percentage of difficult births from bull calf deliveries to heifers declined from 3.5% to 2.2%. During the same period, stillbirths declined from 7.8% to 5.4%. Ideally, we should strive to obtain similar progress in all the dairy breeds.  What a positive message! Today’s consumers are paying attention and sometimes requesting assurances of animal health.

Path Forward
A prototype of how this might happen could be similar to the Jersey breed adding six health traits in April 2020. Prior to that, CDCB had published these health traits only for Holsteins. The American Jersey Cattle Association (AJCA) staff identified herds that had been collecting health data. An effort followed to transfer more Jersey health data to the national cooperator database so CDCB could initiate genetic predictions. With this development, we expected more producers to participate. That’s exactly what happened! More herds recorded data and passed it along to CDCB. Participation was requested through the press. The effort paid off, and now Jerseys have reasonably accurate evaluations for all the health traits. The extensive number of genotypes already collected are helpful in raising the accuracy for all evaluated traits, so we can expect the same boost for stillbirths.

All producers benefit when genetic evaluations are available on A.I. bulls, but the largest gains go to the herds supplying data because they receive accurate Predicted Transmitting Abilities (PTA) on their females. One additional perk for producers is that herds with recorded health data can qualify for reduced genotyping fees.

There is no better time than the present to reduce the number of stillbirths in all breeds. This genetic selection continues in the Holstein breed, and it is time to focus on the same opportunity in all breeds.

1Dr. H. Duane Norman is Technical Advisor and Industry Liaison for CDCB.
2Mr. Anil Sigel is pursuing a Ph.D. degree at the University of Wisconsin-Madison