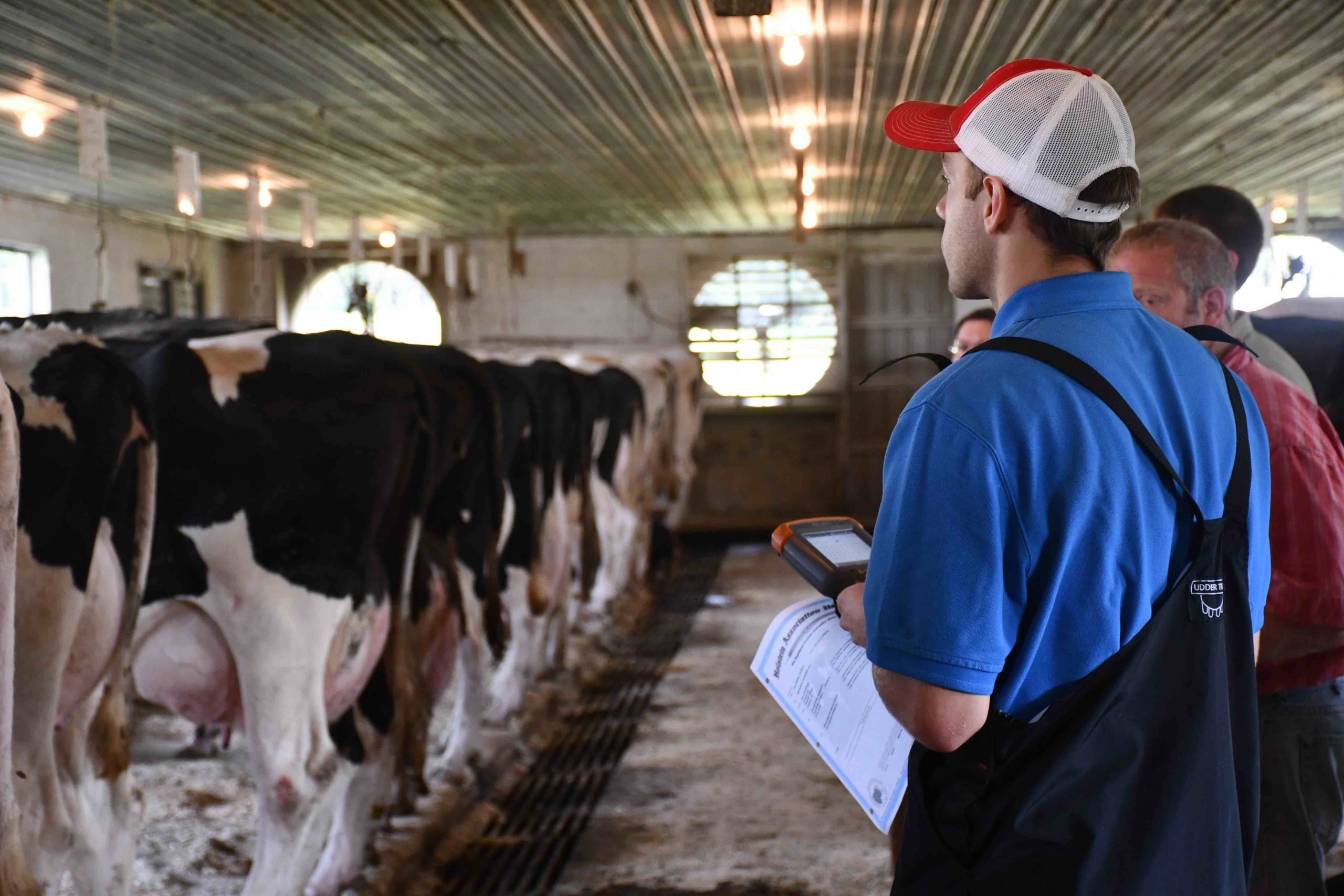 In addition to the Brown Swiss health traits, CDCB implemented three other changes in the August 9, 2022, triannual evaluations.

Guernsey: Genomic evaluations for Rear Leg Rear View (RLR)
Genomic PTAs are now available for this conformation trait that previously received only traditional PTAs. RLR accounts for nearly one-third of Feet and Legs Composite (FLC) in Guernseys, so there was some variation in the FLC PTA and reliability as expected. There was minimal impact on NM$ as the relative weight of FLC on NM$ is 5%.

Holstein: Updates to Feet and Legs, Udder Composites
Feet and Legs Composite (FLC) and Udder Composite (UDC) were updated to precisely match HAUSA’s formula. FLC weights were slightly different from previously-used values, and the standard deviation was updated. In UDC, the centering of the composite was corrected to be 0. The impact on NM$ is minimal (lower than $1 to $2 maximum variation in most cases).

Exclusion of 900 series IDs from female domestic percentile calculation
The procedure that calculates the female domestic percentile was modified to exclude IDs with manufacturer’s code 9XX (aka 900 series) from the group of “domestic” animals. This business rule change impacts the percentile values included in the format 105 distributed to the public (elite and top 5%), private 105 files distributed to breed associations and dairy record processing centers, and the female percentile tables.

Refer here for more from CDCB and USDA AGIL.